These are the big brothers to the standmount LFT-16a speakers recently reviewed in Hifi Pig. At just over 5 foot (1.6m) tall and weighing in at a fairly hefty 41Kg, these will be difficult to hide away in the corner or to sneak past your Significant Other!

Once again they are quasi-ribbon hybrids, but with the LFT-8b the quasi-ribbon array is much larger and covers a larger proportion of the frequency spectrum, and a larger woofer cone and enclosure is used to handle the bass. As the listening sessions showed, though, it’s not just bigger helpings of the same sonic flavour but a rather different style of presentation.

To recap on the LFT-16a review —
(feel free to skip this section and the next if the previous review is still fresh in your mind!)

The most usual loudspeaker technology is based around a cone or dome made out of paper, plastic or metal with a coil of electrically conductive wire (the voice coil) attached, and with an adjacent magnet structure. An electrical signal is applied to the voice coil, this interacts with the magnetic field and the cone or dome moves in time with the signal variations. Make the signal variations the music signal, and music is the resulting sound created by the air movement. The problem here is to make the cone or dome stiff enough that it precisely follows the input electrical signal. The cone/dome material flexes; it has to, nothing is perfectly rigid. Strengthen the material to make it stiffer and you will most likely increase the mass, which reduces the responsiveness of the system and so reduces the resolution of the sound. Material and magnet type can be improved, generally at a cost and with the usual law of diminishing returns.

Eminent Technology takes a different approach, at least as far as the midrange and treble parts of the audio spectrum are concerned. They use “magnetic planar” drive units for that. An electrically conductive aluminium track is etched onto a light Mylar film and is placed between an array of strong magnets. The audio signal is passed through the aluminium track, and the magnetic field so produced interacts with the magnets and causes the Mylar film to vibrate, producing the sound.

It’s the same kind of principle as electrostatic and ribbon speakers; a thin, lightweight diaphragm moving the air. The advantages are similar, too …. Low colouration, as little energy can be stored and released later. No need for boxy cabinetry, so another source of colouration is removed. High diaphragm ‘acceleration’ due to the low mass of the diaphragm, so resolution can be very high. Excellent high frequency extension, once again due to the low mass of the moving material. There is a lot going for the approach!

The main disadvantage is that the excursion limit of the diaphragm is more restricted than for a conventional cone driver, in order to keep the driver within the linear region of the magnetic field, so less air is moved for the same driver area. This results in lower sound pressure levels and restricted bass extension. The way around this is to increase the diaphragm area – this of course increases the size of the speaker (full-range electrostatic and ribbon speakers can be very large!) and also increases the cost.

A way of addressing this problem is to produce a hybrid speaker, with upper frequencies produced by the thin diaphragm, and a conventional ‘cone in a box’ producing the lower frequencies. That’s the approach that Eminent Technology use in their loudspeakers. Some manufacturers of hybrids use ribbons to replace conventional dome tweeters and so only produce high frequencies with the ribbon driver. Eminent Technology, though, use their quasi-ribbon drivers for both treble and midrange reproduction. This is the same kind of approach that was used in the Infinity RS2.5 ribbon hybrid speakers previously reviewed in Hifi Pig. 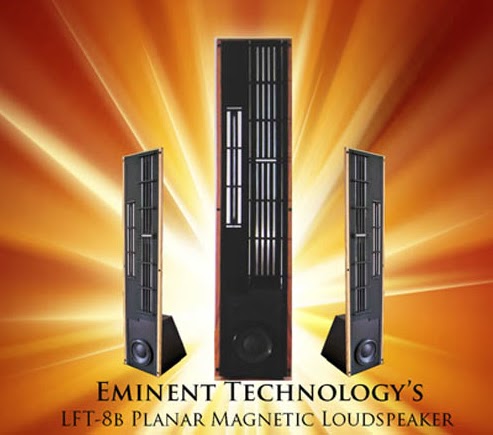 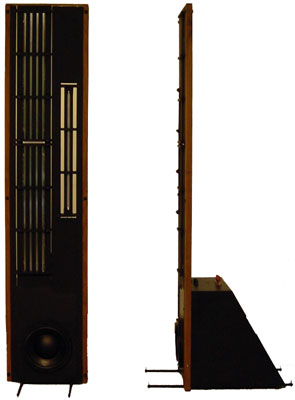 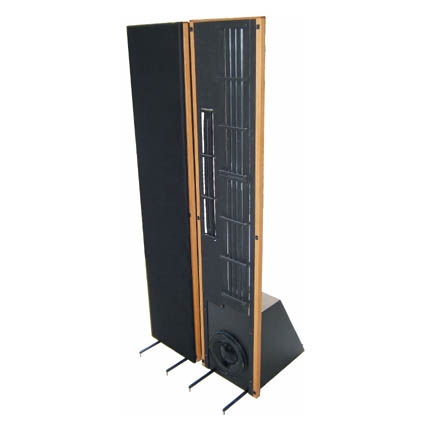 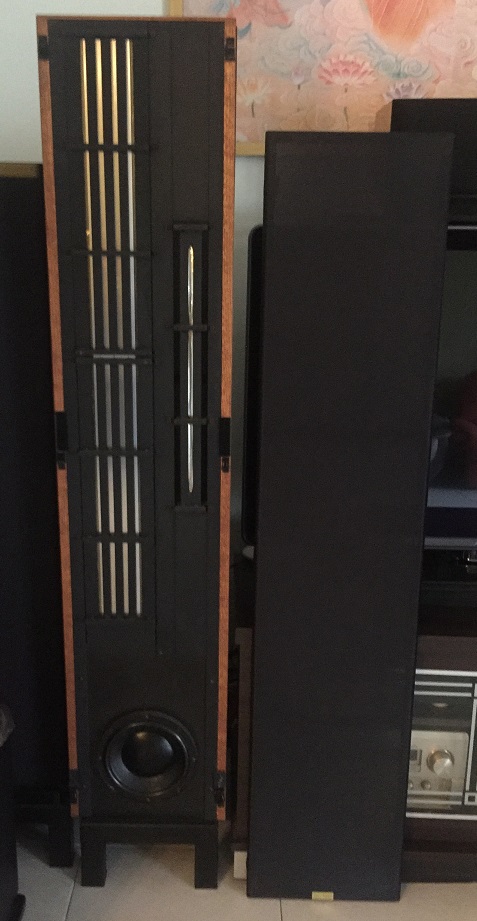 Sorry, just saw it after read through again :p

Sorry, I know its been a long time. Item sold?

» PSB Image B25 standmount speakers
by BernardLee Today at 1:05 pm