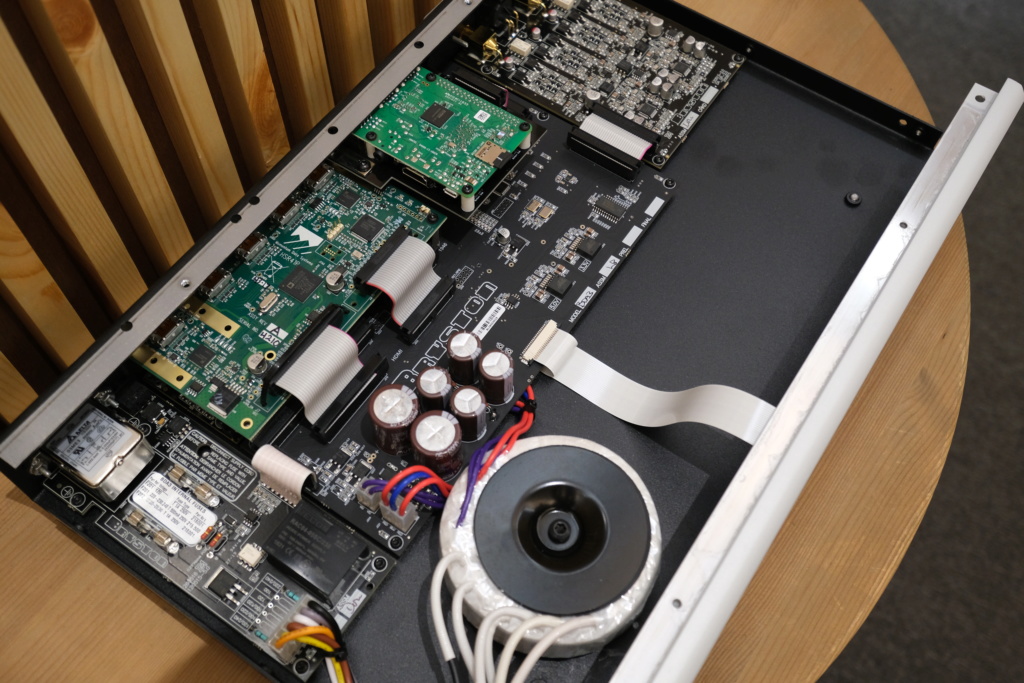 WHY two when one will do? It's cost effective as well. Bryston's BDA-3.14 DAC/streamer/digital preamplifier merges the Canadian company's BDA and BDP DAC and player platforms to get you a complete digital hub for about half the price!

The BDA-3.14's DAC and player sections are internally connected with I²S, which Bryston says is "the most accurate digital interconnection method currently available". Separate power supplies can be found inside for the analogue and digital circuitries.

There are also 10 source inputs to make this unit your complete high-resolution digital centre - having an onboard preamp section allows the user to connect it directly to a power amp, thus saving on one component, if there are no analogue source needs. You get four HDMI, two USB, AES/EBU, S/PDIF RCA, S/PDIF BNC, and Toslink inputs, some of which allow user-selectable upsampling. Fully discrete Class-A balanced analogue outputs are provided.

The streamer features up to 24-bit/192kHz resolution for playback, and there is PCM support up to 32/384 and DSD up to DSD-256 (x4). Tidal, Qobuz, Roon, Internet Radio and more are incorporated - you can also hook up a USB or NAS drive for local library playback.

Full control of the BDA-3.14 can be accessed via a web-enabled device.

The BDA-3.14 was launched on Thursday, Dec 19, for the Malaysian market by Bryston distributor AV Design, the demo being done via a TAD C2000/M2500 pre-power combo driving PMC IB2SE speakers.

We include some clips of the BDA-3.14 doing its stuff via the demo system... enjoy.