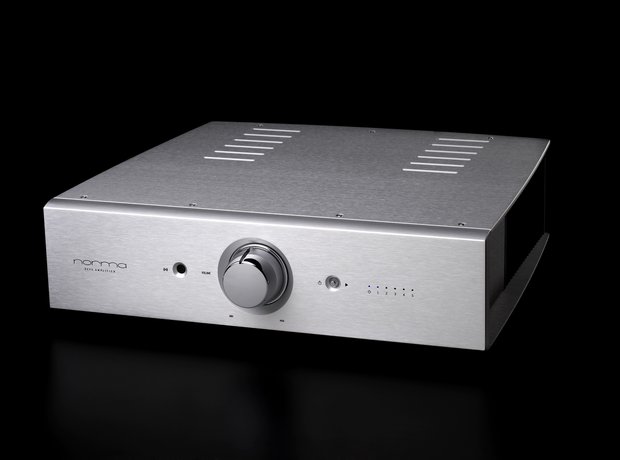 There are a lot of audio products at all prices out there. Some of them, let’s be honest, don’t deserve their place in the audiophile pantheon but hold on by some minor miracle. At the other extreme, there are excellent products that should receive far better recognition that they get. Norma is distinctly in the latter camp; this Italian manufacturer builds them right, as evidenced by the Revo IPA-140 integrated amplifier.
Norma designer Enrico Rossi is based in Cremona and the city’s significant connection with music and musical instrument design has clearly rubbed off. He believes the reproduction of the human voice – especially the human voice in song – is so difficult that it is a window on the quality of a system, and as a result the voice is used extensively in listening tests on Norma products. This ethos could result in something ethereal and meaningless, were it not for Opal – Norma’s parent company – and its thorough grounding in test equipment. This gave Rossi the opportunity to develop the Norma project over a six-year period in the 1990s, prior to launching the first products. 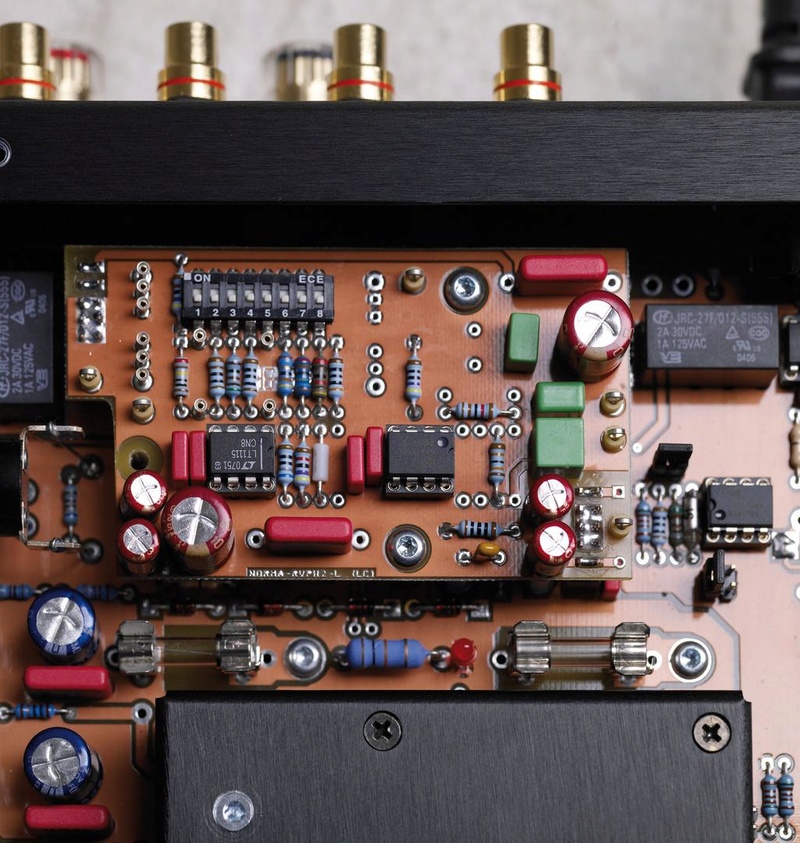 The result of this powerfully built design is an amplifier of rare refinement and subtlety. Yes, it can do power and brute force with the best of them, but it’s more grown up than that. It’s not by accident the company bringing this amplifier into the UK is the same one that distributes ELAC loudspeakers and Vertere cables. ELAC are great loudspeakers, but they do not suffer amplifier fools gladly and anything sounding the least bit hard or brash or edgy will be exposed for all its ‘glory’. Prospective ELAC owners and dealers need to have an off-the-peg amplifier solution for their needs… and this is it. But that’s only scratching the surface.
The other common partner in Europe is Avalon loudspeakers, and these loudspeakers demand a slightly different set of criteria – a sense of the mailed fist in the velvet glove, of well-rounded effortless and yet controlled power. It also needs to be fast; perhaps not quite DarTZeel fast or Constellation fast, but neither should it be ponderous. Fortunately the IPA 140 acquits itself well on all accounts.
Harking back to that voice-first ethos, I stuck on a couple of vocal works, through a Naim UnitiServe into a Wadia 121 DAC. Jessye Norman (seemed appropriate, given how close ‘Norman’ is to the company name) singing Richard Strauss’ four last songs (Philips) with her dramatic soprano voice cutting through the air, and – by way of stark contrast – Laura Marling’s neo-Joni Mitchell tones on Once I Was an Eagle. In both cases, it was surprising how articulate and ‘there’ the voice was, centre stage and surprisingly dynamic. OK, you expect powerful dynamics from Jessye Norman (she’s a walking pair of lungs and vocal chords), but what’s surprising is just how that effortless dynamics works with Laura Marling’s voice, making it more real and making her sound at once fragile and confident. I’ve heard other amplifiers do this vocal projection as well as the Norma, but few can do anything near as well as this – with the same balance of performance – for the money.
That balance can perhaps be best summed up in three words, ‘grace, space and pace’. That’s a rare combination in today’s world though, and the result is one of those designs that pushes the envelope and challenges the accredited masters of the art, many of which come with price tags that would make a 18th Century Maharaja blush.
The combination of these two main differentiators (refinement and speed) give the IPA-140 a rare talent; a kind of old-fashioned, brand-new sound. That sounds like a contradiction until you hear it. The stark, etched top-end that undermines many good amplifiers is held at bay; not all amplifiers sound that way, but the tendency now is to overcompensate and make an amp that wafts and drifts its way through music. The Revo IPA-140 manages to walk the line between the two, with a sound quality that’s every bit as exciting and engaging as you’d want, but with the sort of naturalistic presentation we all crave. As a result, this amp goes with far more than just the aforementioned Avalon and ELAC loudspeaker designs.
How this manifests in music is fairly easy to spot; you end up listening ‘through’ the recording more. Not in an analytical way, more in a ‘that was really good, let’s play another!’ The Jessye Norman album led to Delius (I don’t quite know how) and then to Britten, which strangely led to the Hilliard Ensemble, which led to early music and so on. Meanwhile, Laura Marling led (naturally) to Joni Mitchell, which led to James Taylor, Donnie Hathaway and then all points soulful, then rocky tinged with some deep dub reggae for no particular reason. In other words, the amp is exciting, fast and honest enough to make you stalk your music collection for more fun tracks. That comes through a combination of quicksilver speed when needed, effortless dynamic range and a natural tonality; all the things any solid-state amplifier is supposed to be able to do, but few genuinely achieve.

‘Grace’ has come to imply something aloof and elegant but in a distant way. That is not the IPA-140’s interpretation of the word. It’s more timeless, Audrey Hepburn grace than some haughty ice-maiden grace. This is exceptionally transparent. Nevertheless, this is not going to be the everyman amplifier. There are those who want an amplifier that enlivens or even brightens the sound, and those who equate ‘accuracy’ with cold, laboratory conditions and those who think rhythm should be laid on with a trowel. It gives excellent rhythm when needed, in fact, it just doesn’t seem to draw everything into 4/4 time.
Instead that grace gives this amplifier a confidence and a poise that not only makes it very alluring, but to improve upon that that refinement without trade-off takes a lot of care, and a lot of cash. If you like what the Revo IPA-140 does and want more of the same, you’ll need to spend insurrection-funding doses of money to get there. If that summons up images of ‘punching above its weight’… the so be it. This is an amplifier that I could see people using with loudspeakers costing £20k or more without it showing itself up. Which is how it always used to be. The optional USB arrived mid-way through the listening session, and it’s a corker too. It is an ideal match for the amp 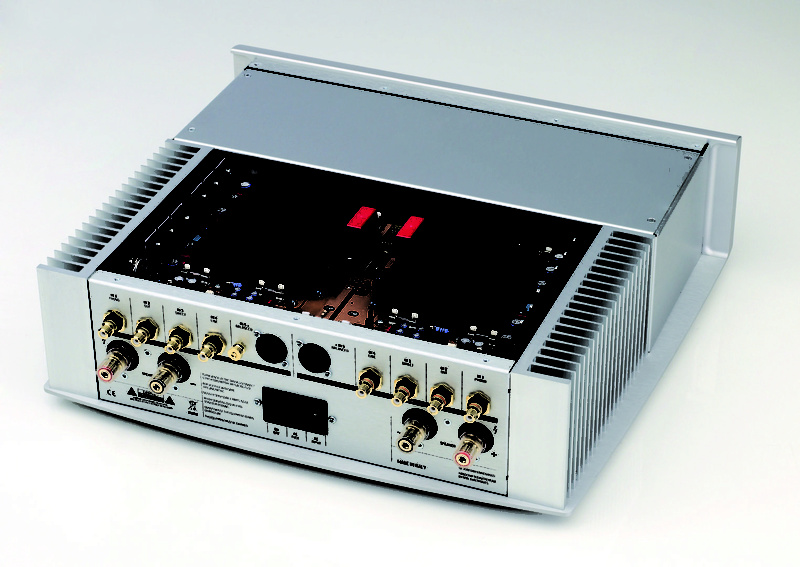 , exceptionally clean, detailed and BS-free.
There is one caveat, of sorts. The XLR input is there almost for vestigial means. Norma doesn’t strongly recommend the ‘balanced’ pathway and it is best left alone. And, while it’s not really a criticism of the design, it’s extremely well built on a multi-layer PCB design with the case acting as almost a monocoque, The downside – from an engineer’s position – is any potential upgrades require more than just the usual ‘undo a few grub screws’ disassembly; it’s more ‘you have an egg-cup filled with Torx bolts, just to gain internal access’ kind of build. The more I think of it, that’s not much of a downside, because it shows just how seriously Norma takes the phrase ‘well-built’.
I’ll end where I began. Norma deserves to be better known. There are no bargains in audio, but this is an amplifier that can go up against amps costing £12,000-£16,000 despite costing the right side of £5,500 in its all-up top-spec guise. The hi-fi market can be fickle, but the IPA-140 has some real staying power. I think for many, to try it will be to love it.
Technical Specifications
Inputs: 4 RCA, 1 XLR Balanced, optional Phono, 1 USB DAC optional
Input impedance: 47Kohm (not selected input) / 10 Kohm (selected input)
Input Configuration: Phono MM/MC, Line, Direct AV, Balanced
Output Signal: Passive Pre Out , Active Pre Out, Tape out, Subwoofer out
Output Impedance: 200 ohm
Frequency Response: 0 Hz – 1.8 MHz (-3dB, non filtered)
Output Power: 140 W RMS / 8 Ohm – 280 W RMS / 4 Ohm (each channel)
Gain: 34 dB
Configuration: Dual Mono
Power devices: MOSFET, three pairs for each channel
Output current available: 36 A continuous, 150 A peak (per channel)
Dimensions (HxWxD): 11x43x36.5cm
Weight: 25 Kg