Condition: 8.5/10. Item is in excellent condition. No dents or scratches. Comes with original box and packaging. Very low usage. Was used in a HT setup.

I’m glad I gave in. I have since joined the ranks of reviewers who have declared that life without the Thor is not worth living.


Product Description and Innards
The Thor, a joint collaboration between Nordost and UK “mains power specialist” IsoTek, is a 6-way AC mains power distribution unit. Nordorst claims that its sophisticated circuitry deals with mains noise and voltage spikes without limiting dynamic headroom.
Visually, the Thor is a hardly prepossessing, shiny aluminum box, whose most distinguishing characteristic in front is a brightly illuminated blue logo “on light” on the center faceplate. Due to its brightness, I had found it extremely useful for making my way through our darkened living room at night to open the door for our now departed pooch. I also use it to center my other components on the rack. If you demand total darkness when you use your system at night, you may wish to either cover it over or find out if you can open the chassis and connect it entirely. (I did as much with the equally insistent blue-lit logo on my P600). Frankly, I’ve made my peace with it, in the same way as many have made their peace with “In God We Trust” on the currency of a supposedly secular nation.
On the back of the unit are six high quality three-prong AC outlets, with a separate IEC input on the left. There’s also a green grounding knob for grounding other components, and a fuse box that includes an active fuse and a spare. The unit’s rubber feet can be replaced with other 6mm threaded points or supports. Because I didn’t have Nordost’s own resonance and vibration control devices on hand at the time of the review, I variously used brass cones, Ganymede ball-bearing supports, and Cerapucs. All improve the sound to varying degrees.

What matters, far more than what you see on the outside, is what’s inside the Thor. Rather than paraphrasing Nordost’s standard website rap, I phoned Joe Reynolds and asked for the lowdown. He said the following:
“Our goal in creating the Thor was to come out with a power distribution system that wouldn’t compress the dynamics of the music system. We call it a power distribution system rather than a power conditioning system because power conditioners such as regenerators (that regenerate power from the wall) and filters (that filter noise from the AC line) tend to compress the dynamic range of the system. There are some that compress dynamics less than others. But anytime you take that approach, you’re going to have compression.
“There are three different elements in the Thor. The first is a Quantum X1 module that employs proprietary Quantum Resonant Technology (QRT) that significantly lowers the noise floor in the system. You can actually measure the improvement in the audio waveform of a piece of music with the Thor in place.
“One of the things we’ve found as we’ve tried device after device is that, while they’ve smoothed out things, they’ve also killed dynamics. If the manufacturer is doing their job properly, their amplifiers work properly and quietly without putting another amplifier in front of their amplifier. That’s why we use Quantum Technology to lower the noise floor. We recently showed some of these Quantum devices at CES in Vegas. The more we added to the system, the quieter the system got.
“The Thor also uses the Polaris- X grounding system to completely isolate each component that’s plugged into it. If you plug in an amplifier, there will be no spurious noise from the CD player going back into the system through the amp.
“The unit also uses a very high quality silver-plated circuit board and silver solder. The unit is wired internally with Nordost Dual Mono-filament power cables that include some of the same elements and technology as in the Valhalla power cord.
“The Thor is equally effective in music and home theater systems. It improves picture quality dramatically as well as lowering the noise floor.
“In order to make the unit run more efficiently, there is some resonant control built into the casework. You can attach a set of Nordost Pulsar Point Resonant Control devices. We make two versions: a two-piece aluminum version PP4 ($119/four) that you can thread into components or speakers. We also make a titanium version (PP4 Ti ($499/four) that is even better. There are also Quasar Points ($199/four) that use ball bearing technology.


Set-Up
Although Nordost didn’t have to convince me, the company stresses that the quality of the power cable connected to the Thor affects the sound of the entire chain of components. In my case, I used Nordost Valhalla power cables. The main trick, when using stiff power cables in a relatively small space, is managing to plug everything in without yanking the lightweight Thor off its supports.
At a recent demo of Reference Recordings’ new HRx master recordings, Prof. Keith O. Johnson shared some priceless information. Keith explained that a key reason that power cables sound much better days after they’re plugged in is that, if their insulation is plastic, tiny bubbles can form when the plastic is bent. These negatively affect sound, and can take awhile to work themselves out. The Teflon coating on Nordost cables is less susceptible to bubbling, but is also affected. This is why Nordost cables always sound better the day after they’re plugged in.
The sound of power cables that use metal foil insulation, such as those by David Elrod, is especially affected by bending. No wonder Elrod asks people to let his cables settle in for 96 hours before critical evaluation.
I also replaced the stock fuse that comes with the unit with an audiophile grade fuse.
Listening
I was using a modified ExactPower at the time the Thor arrived. Modifications included removing the resistors and iron ferrite clamps in the unit that were designed to minimize if not eliminate noise transfer between components. A simple before/after listening comparison confirmed that while those items did lower noise, they also obscured detail and negatively impacted color. I also changed most outlets to the exceptional outlets from Sound Applications, and switched to an audiophile grade fuse. I have no doubt that I would have achieved additional improvement by changing the internal wiring. Yet, with all that work, the ExactPower could not do what the Thor does straight out of the box.
To use the Thor, I removed the ExactPower from the system, plugged everything in, and fired things up. I didn’t wait 24 hours to listen; I just went right to it. While I suspect that the solder joints and wire in the Thor require a good 50 or more hours to break-in, and am certain that everything sounded better the next day, the effect of the Thor on my system was so remarkable that I didn’t need a day to tell the difference. To use language that will certainly make my age clear, the thor blew my mind.
The first word that immediately came into my head was “coherence”. I had long experienced what I considered a fine audiophile soundstage. In orchestral music, for example, the violins were in their place, the cellos in theirs, the timpani back on the left, and the brass blasting on the right. On jazz vocals, the singer was in the middle, and the support arranged around him/her and in the rear. When my system was tuned properly, it was easy to pinpoint exact instrument location. There was a goodly amount of air and clarity, and everything hung magically in space. It didn’t for a moment fool me into believing I was sitting at a live concert, but it was very, very cool.
The Thor, however, took music reproduction to an entirely different level. Within minutes, I felt that everything I had heard before was merely play-acting.
What changed? Images that had previously floated in their correct little spaces in that classic, somewhat disembodied “audiophile way” now seemed to hold together in a far more realistic manner. They weren’t simply arranged or staged; they belonged together.
Sounds also took on increased presence, solidity, and meaning. Strings weren’t doing merely doing their thing on their left while brass and percussion were blasting away on the right, with the brain working to hold it all together. Suddenly, everything was all of one piece. Not squished together, with sounds piled on atop the other. Not neatly arranged in a soundstage that is nothing like the real thing. Everything cohered in a manner that proclaimed “music” rather than “audiophile experience.”


Floored
The noise silencing aspects of the Thor also worked their magic. Before the Thor entered the system, the ExactPower made music sound just a bit smoothed over and tame. It sounded quite good, mind you – some people would have done everything in their power to have a system that sounded as good – but the raw, transparent immediacy of the live event was more an idea than a reality. In retrospect, I’d say that it smoothed the leading edge of transients, and subtly reduced dynamics.
The Thor did something very, very different. By further lowering the noise floor, lifting a level of haze that I didn’t realize was there until it was gone, and allowing all the dynamic gradations on the recording to come through, the Thor brought music to life as never before. There was a cleanness about the sound – a cleanness of attack and decay – that had nothing to do with sterile cookie cutter images and everything to do with real music-making. Thanks to greater silence, instruments and voices had a more realistic leading edge and greater three-dimensional impact.
With less haze, I was able to hear farther into the music, and better distinguish individual instrumental threads in a complex musical fabric. It was as though Salomé had finally dropped her seventh veil, and allowed us to see for the first time what she was really about.
While I do not have a five-channel (or more) home theater rig with a huge projection or plasma screen, I do own an antiquated 26” TV and a basic DVD player. The Thor’s effect on picture quality was marked. Colors became far more vivid, drawing me deeper into the experience.
Conclusions
There are always more levels of grunge to remove, more levels of detail to reveal, brighter colors to revel in. Better cables, Bybee devices, better racks and equipment supports, and bass management/room correction systems are among the many devices that enable you to hear deeper into the music without changing speakers and electronics. The higher a system’s resolution, the more you can hear detail revealed by close-miking that you would never hear in a concert hall (which is far from silent due to air conditioning, program rustling, coughing, and occasional cell phone outbursts). But the Thor accomplishes so much with so little effort that its effects are stunning.
I find it uncomfortable to think of my former system as the aural equivalent of a paint-by-numbers canvas masquerading as a work of art. But, in retrospect, if it was nowhere near that bad, it was certainly an expert forgery pretending to be the real thing.
The Thor changed all that. Gone were the little boxes, the tidy arrangements, and the perfectly placed lines. Instead was something new, whole, vibrant and organic. Music became alive, whole, and infinitely more compelling.
The Thor doesn’t simply distribute power. It brings life. Need I say that the Thor is now a permanent part of my reference system? 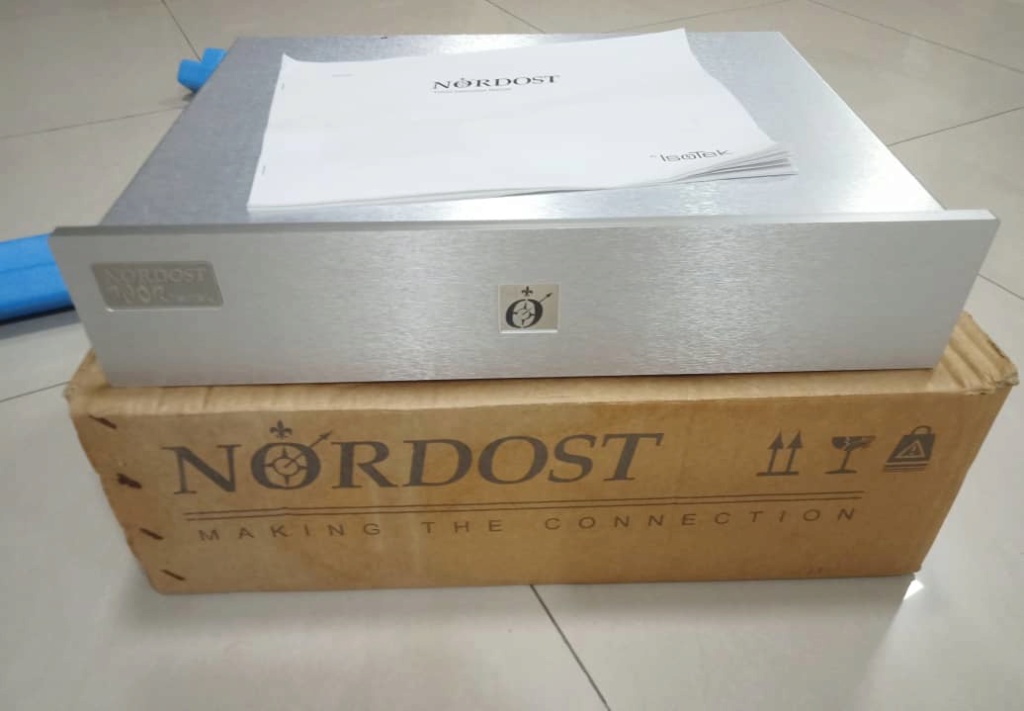 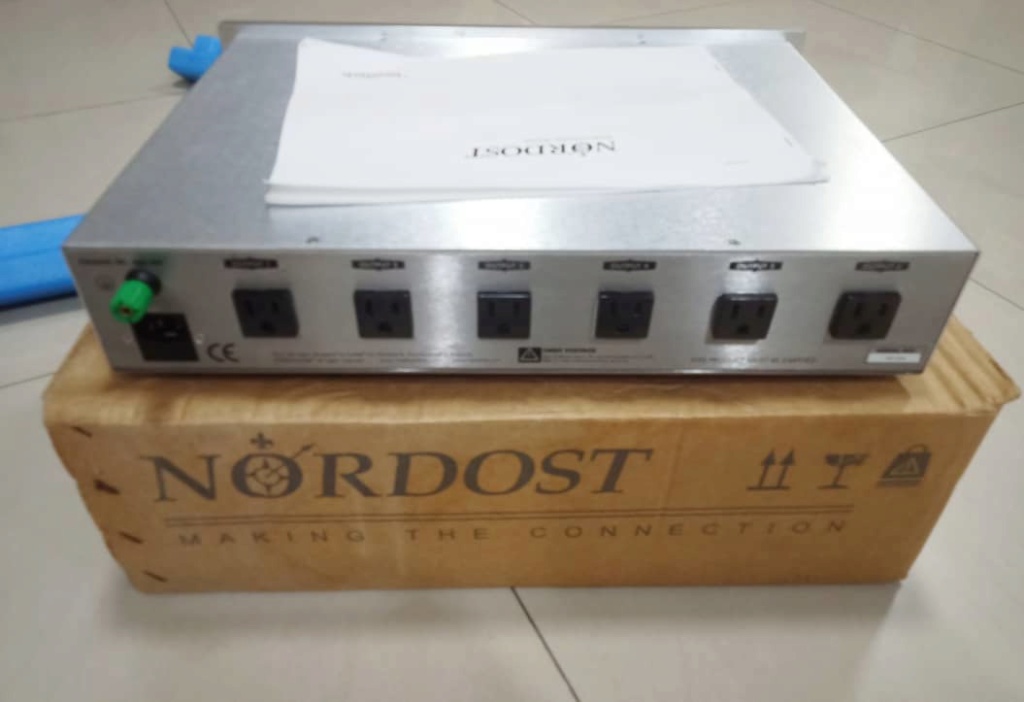 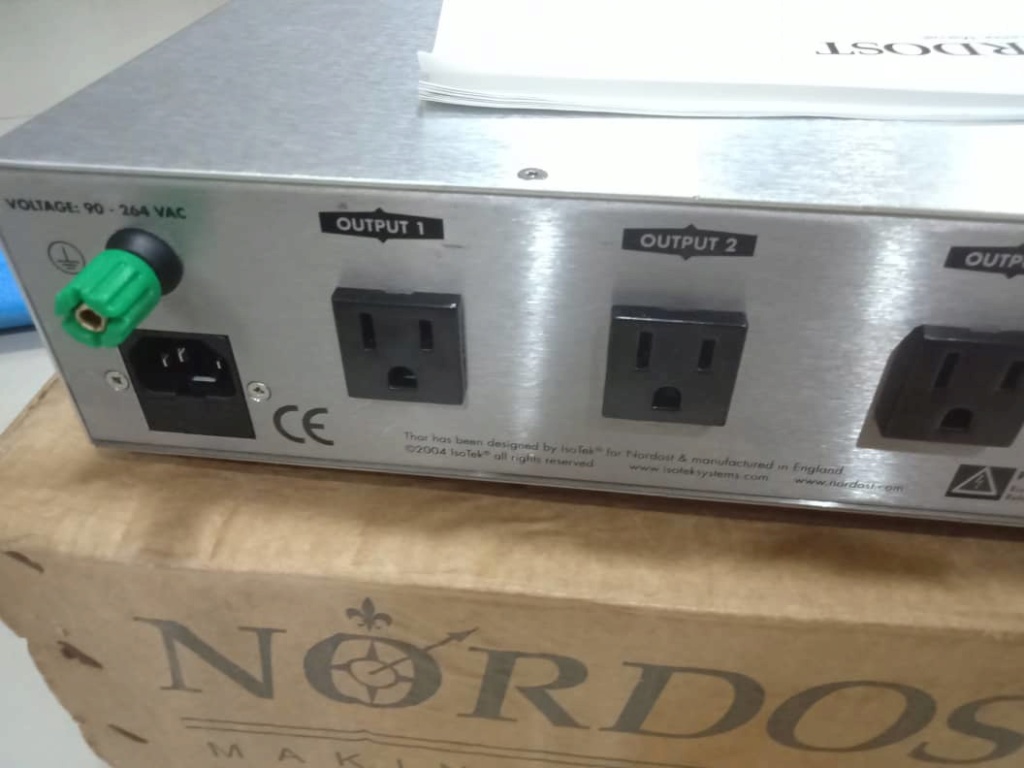 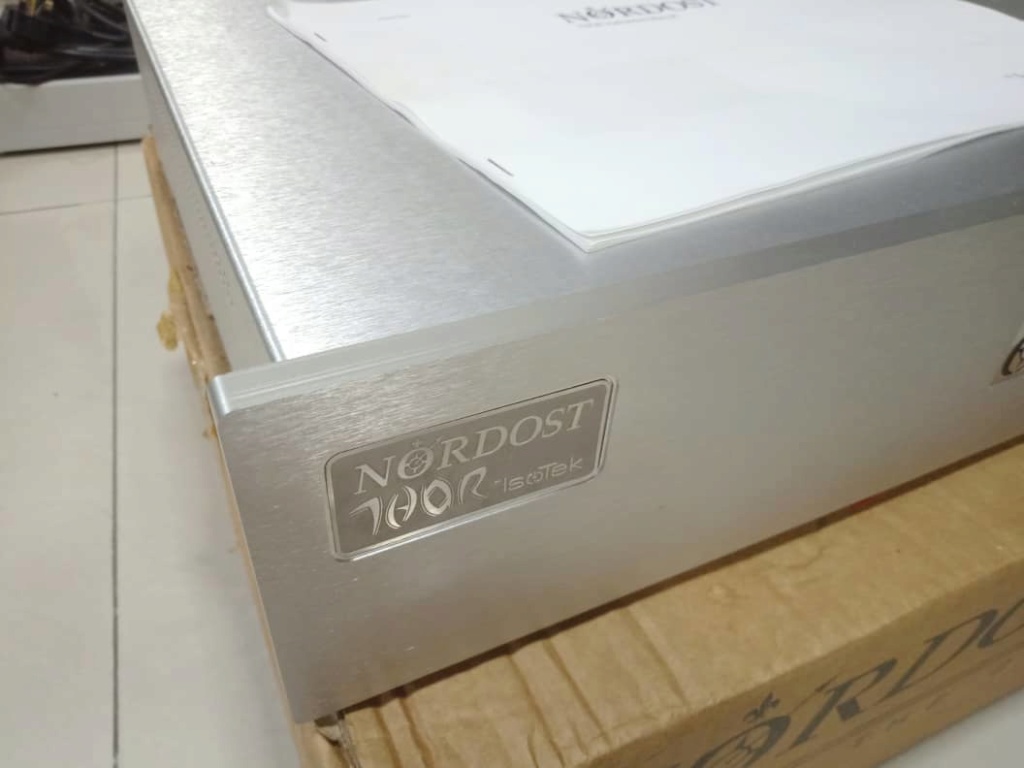