With all of the resources that are available to the Blu-ray Disc Association’s major manufacturers, it’s remarkable that the first company to cure the ills of standalone Blu-ray players was Oppo Digital with its $499 BDP-83 (HT, September 2009). Upon that player’s release, many enthusiasts were using the PlayStation 3 for its speed and reliability. Standalone players were too slow and prone to disc incompatibility issues. They also had a hodgepodge of hardware profiles and decoding and interactivity features that bewildered consumers. When Oppo’s BDP-83 came along, it did everything that a Blu-ray player should do, and it did it right and fast. In short, it was a next-gen Blu-ray player that acted like one. That player earned Home Theater’s Top Pick of the Year in Source Components and overall Product of the Year for 2009 (HT, November 2009). Plus, it earned a check from me to Oppo. The BDP-83 I bought last year as a reference has been bulletproof during the time I’ve owned it. Compatibility issues have been few and far between. But when they’ve come up, Oppo has acted swiftly with hassle-free firmware updates from the Internet. It has been so bulletproof that it’s difficult to imagine changing it out or upgrading it.
Enter the Oppo BDP-83SE Special Edition Blu-ray player. According to the company’s Website, this upgraded player is for “customers who primarily use the analog audio output to connect to either a dedicated stereo or a multichannel surround system.” Hey, that’s me! So, the obvious question is just what that extra $400 buys a two-channel audio druid like me?
Audiophile Home Theater
It’s confession time. I am an avid two-channel audio enthusiast, and I’ve essentially built a high-end home theater around my high-end stereo. I use a 92-inch-wide front projection screen, but I’d have a larger one if it didn’t interfere with optimizing placement of my floorstanding left and right loudspeakers, which are out in the room a good ways. I use a surround processor for video sources, but I also have an Audio Research REF5 two-channel analog preamplifier for dedicated audio sources, including disc players, a turntable, and now a USB DAC fed by a music server. A unity-gain processor pass-through input for the left and right channels on the REF5 preamp lets the surround processor implement volume control on the signal passing through the preamp. I’ve done many direct comparisons, and I prefer the sound of a dedicated, analog, two-channel preamp with high-resolution audio sources to the sound I hear from even the best surround processors. Although this is a purist approach, it’s resulted in the greatest satisfaction for me when I listen to music. Plus it’s had virtually no negative impact on my home theater experience.

The New Boss, (Almost) the Same as the Old Boss
Before I get to what’s new in the BDP-83SE, most of what’s happening here is the same as the BDP-83, which is a very good thing. Aesthetically, the two players are virtually identical. It’s reasonably sturdy and functional. The BDP-83SE is a universal player that plays Blu-ray Discs, CDs, DVDs, and the all-but-defunct SACD and DVD-Audio formats. It decodes Dolby TrueHD and DTS-HD Master Audio to PCM over HDMI, or to analog over its 7.1-channel analog outputs. It can also transmit Dolby TrueHD and DTS-HD Master Audio as native bitstreams over HDMI, which you can quickly and easily change in the setup menu. When you choose bitstream output, you lose secondary audio, which includes PiP commentary streams and disc menu sound effects

New and exclusive to the BDP-83SE is an upgraded power-supply board and voltage regulation. It also features improved digital-to-analog conversion. While the original BDP-83 used a Cirrus Logic solution with a single DAC per channel, the BDP-83SE uses an eight-channel, 32-bit ESS Technology solution for the 7.1-channel analog outputs that it claims is superior. And it goes further still. It also uses a dedicated eight-channel ESS Technology DAC for the left- and right-channel analog outputs, which stacks four DACs on each channel. While this kind of configuration could theoretically support a full dual-differential output, the Oppo’s output is single-ended. Oppo claims an S/N increase of 7 decibels with the BDP-83SE—that’s 117 dB compared with the BDP-83’s 110 dB. This is where your $400 goes. To be crystal clear, aside from the improved power supply, the BDP-83SE’s aural improvements apply strictly to its analog outputs, and its two-channel analog outputs especially. The BDP-83SE is aimed at two-channel audiophiles or those who aspire to be.


Pure Audio Performance
I stacked up the BDP-83 and BDP-83SE and ran them over identical sets of AudioQuest Sky interconnects to my two-channel preamp, using the Pure Audio mode on both players. The differences between the two weren’t subtle. The BDP-83SE had better detail resolution and overall clarity with CDs and SACDs. In fact, the BDP-83SE sounded so good, I had to look above its price range to nail it down

Conclusion
Oppo clearly has another dominant performer on its hands. It will only appeal to a select group of audiophile-oriented videophiles whose systems can take advantage of this player’s two-channel analog outputs. But you know who you are. You also know that it’s common for incremental increases in performance to involve exponential cost expenditures. The BDP-83SE is an outright steal at $899. No matter how much money you’ve got to throw at a BD player, you need to look at an Oppo. 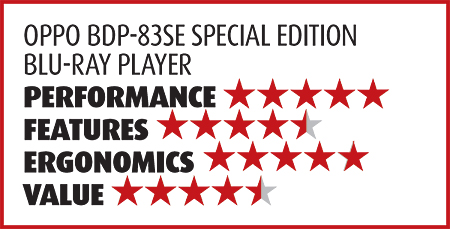 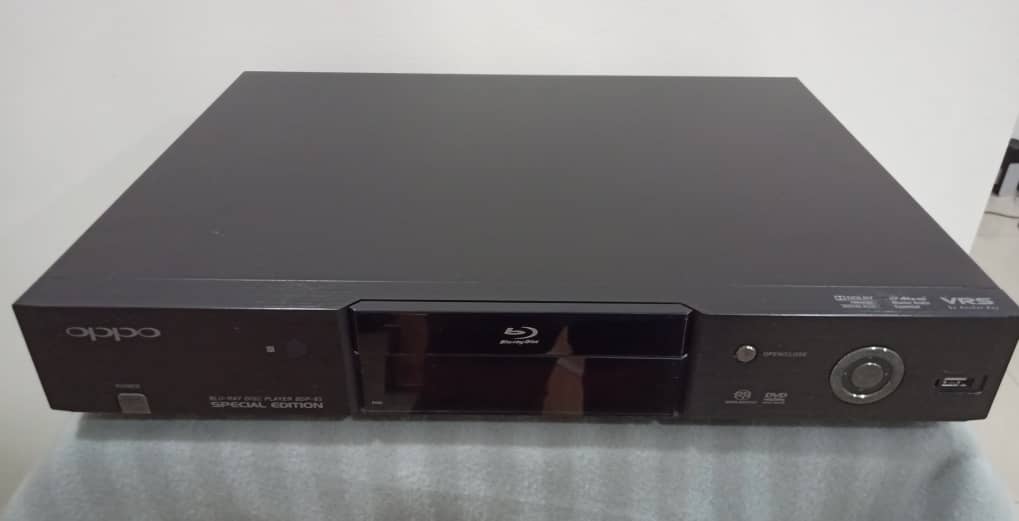 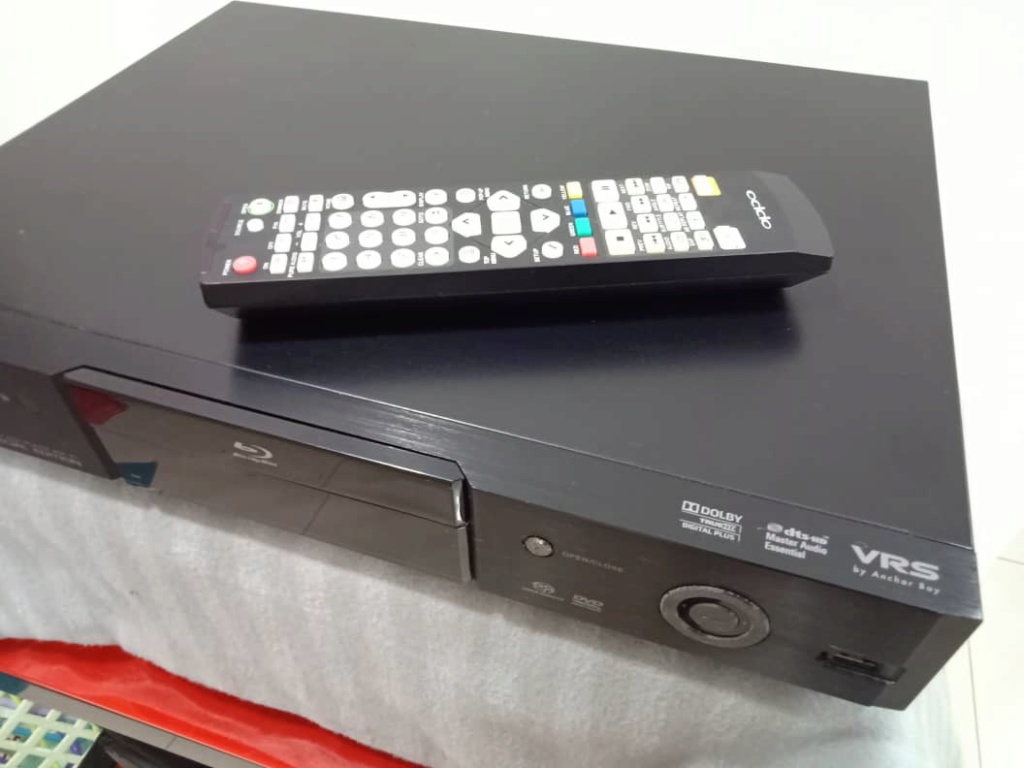 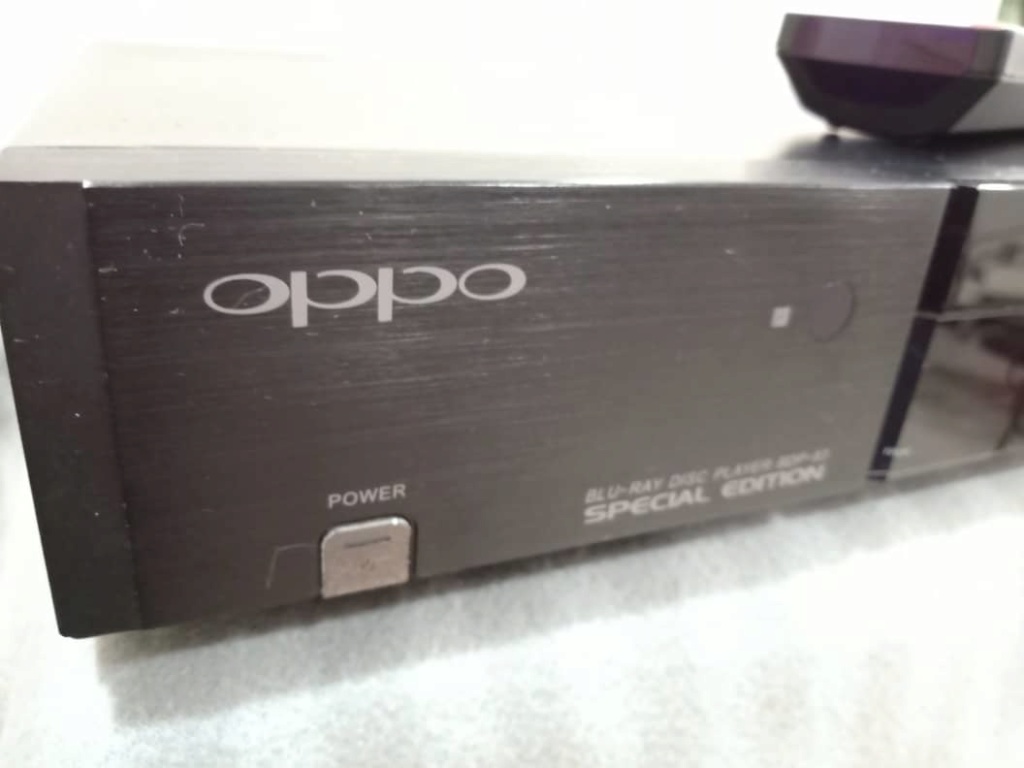 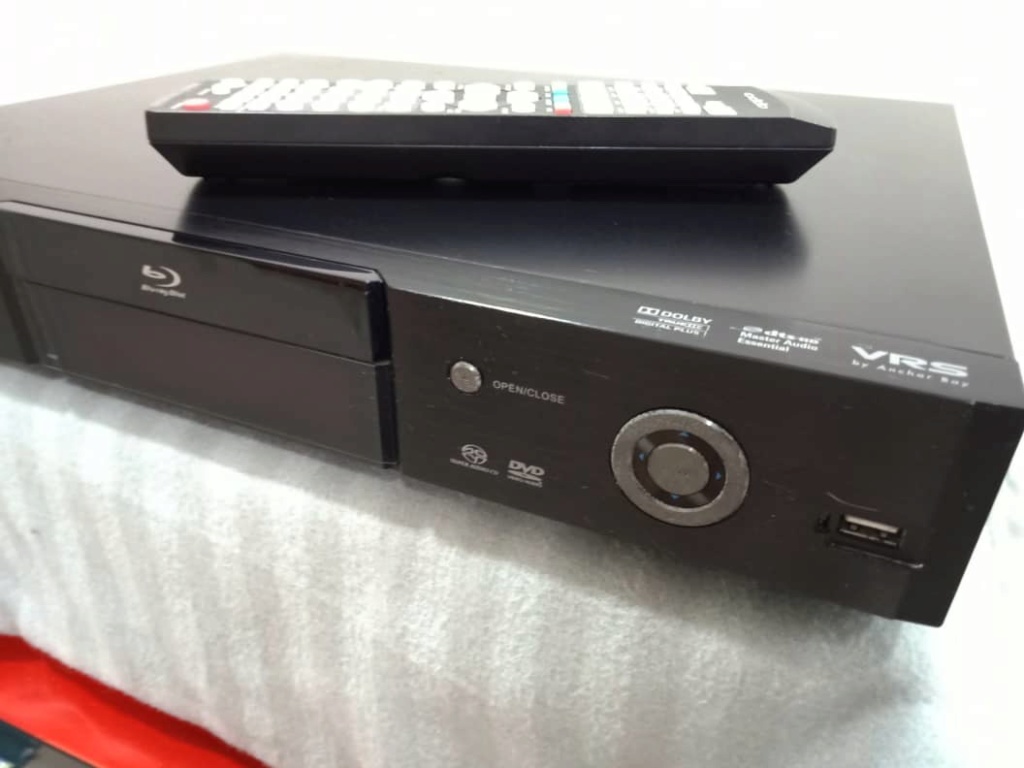 » Wharfedale Quartz-QC1 Center Speaker (New)
by choyaudiovisual Today at 10:43 am

» rega exact moving coil cartridge
by smkl Today at 10:34 am