Condition: Item is in good working condition. Comes with remote control and powercord. The sound is very dynamic, wide and deep sound stage 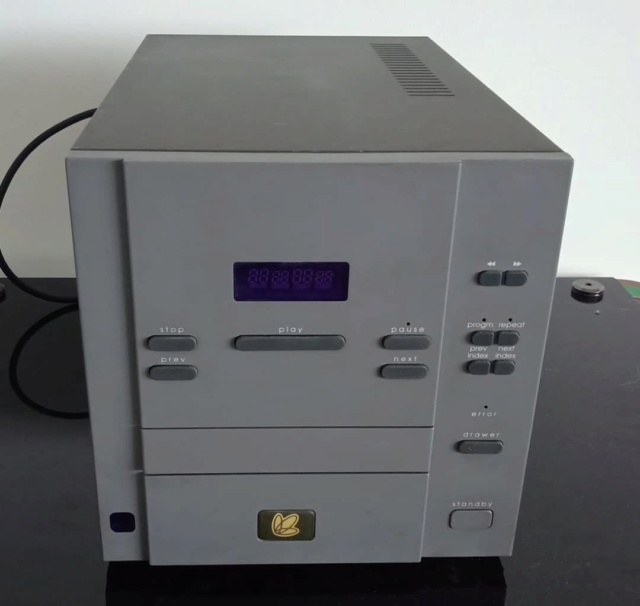 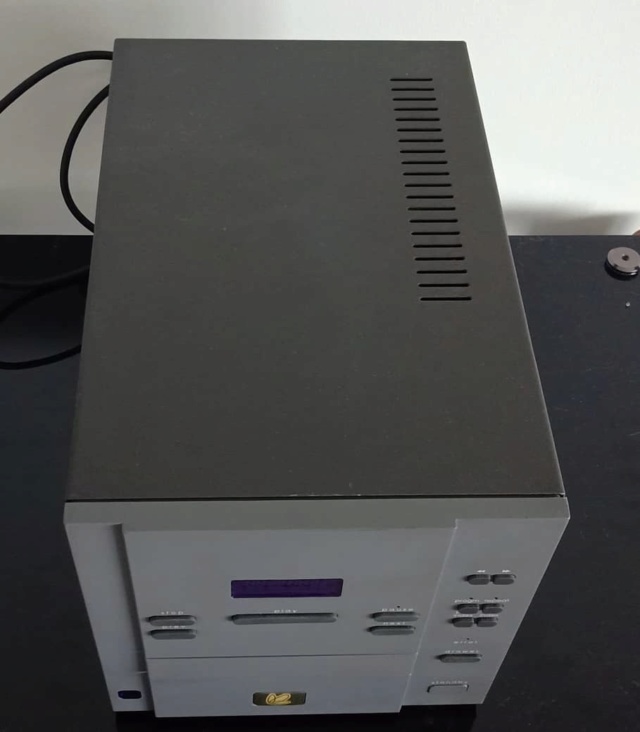 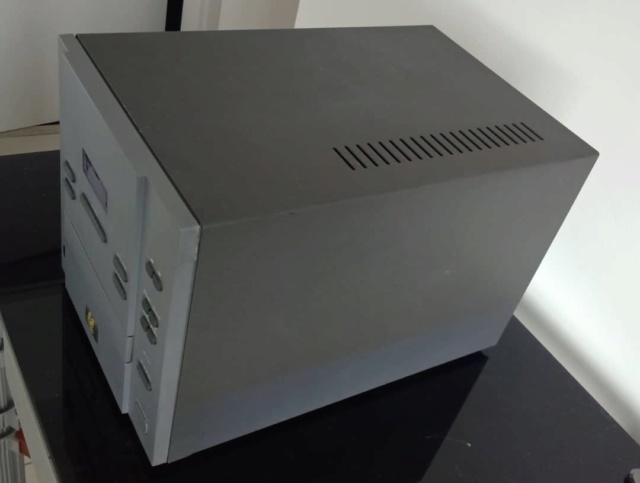 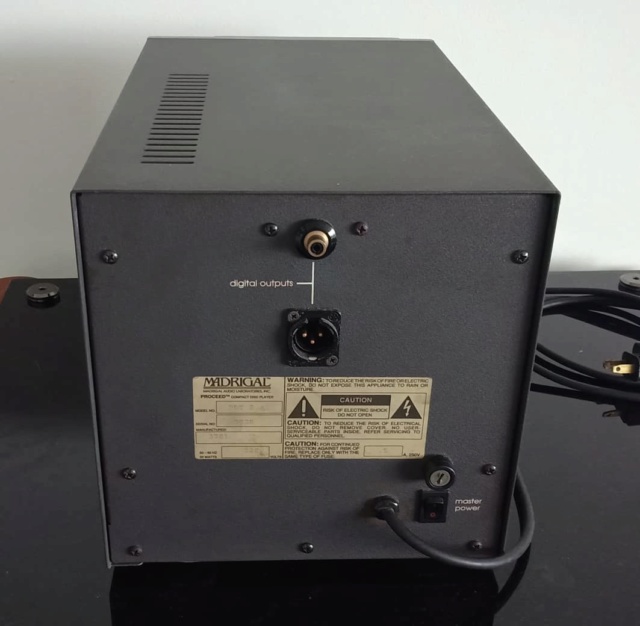 PROCEED DIGITAL TRANSPORT (PDT)
The PDT looks exactly like the PCD one-box player, not surprising as it employs the same fascia, chassis and transport; you'd have to look at the back to find any external differences. Some parts are more highly specified to improve the digital signal quality, and the changes address requirements which are a part of all CD player design but are of even greater importance for stand-alone transports. It's an issue I'll address further on, but suffice to say that it's far more difficult to know how a transport will perform when the designer has to accommodate a number of unknown outboard D/A converters rather than a known, on-chassis D/A section.
In essence, the tailoring of the PDT includes active circuits used in conjunction with a pulse grade matching transformer to ensure clean and stable output with precisely defined digital
transitions. Aside from the general improvements related to noise, this also helps to produce a better interface with the PDP Digital Processor; Madrigal points out that the design is -- naturally -- closely related to the receiving stage of the PDP.
It will also mean that the PDT transport will probably work better with other brands of D/A converters than would the less-accommodating transport sections of one-box players with digital output.
The PDT, like the PCD, is a minimalist player with an uncluttered front panel; keypad entry controls are found only the hand-held remote. But operationally it's like no other player I've used, Madrigal having dismissed entirely the Japanese (or Swiss) approach to ergonomics and user/hardware interaction. Instead of 'high tech' precision, the PDT has a soft feel and you sometimes wonder if you actually pressed the buttons.
They're lozenge-shaped and of the 'dead flesh' variety, with the feel of the controls like that of a hand-held remote rather than fascia-mounted switches; look elsewhere if you want movements which connect with a distinct click. You'll soon get used to it, but the two-step sluggishness of the disc tray -- its heavily-damped movement causing the deliberate hiccup -- will shock those used to trays which move like a VATman reaching for a cheque.


The choice of functions is fairly complete, though the fast scan (in both directions) is muted, making it useless if you want to cue by ear rather than read-out. I'd also have preferred various options of elapsed time readings instead of only the elapsed time of the track being played -- an essential for those lawbreakers who copy CDs on to tape and don't want the music to overrun the tape's length.
The only control which needs any explanation -- also on the PDP Processor -- is the standby. Both pieces require unbelievably long warm-up times, so long that I won't even tell you for fear
of yet another diatribe from Baxandall, but let's just say that it involves your calendar rather than your watch. Madrigal wisely suggests that you leave the mains switched on at all times, via the primary switches at the rear of each unit, using standby to put it into a 'semi-off' position. With standby engaged, only the main circuits remain at operation-ready level. Coming out of standby with the units fully warmed, I detected no time lag for the player or the D/A to reach an optimum state.


At the back, the PDT sports just what you'd expect -- a mains cable, the aforementioned on/off switch, and a fuse-holder -- but the coaxial digital output socket isn't the only way to access
signals. No, Madrigal -- like most American high end CD builders -- did not include optical output; that's still regarded as only a cut above doggie-do in the USA. Instead, the Proceed sports an XLR-styled �balanced� digital output, wherein lies yet another tale.