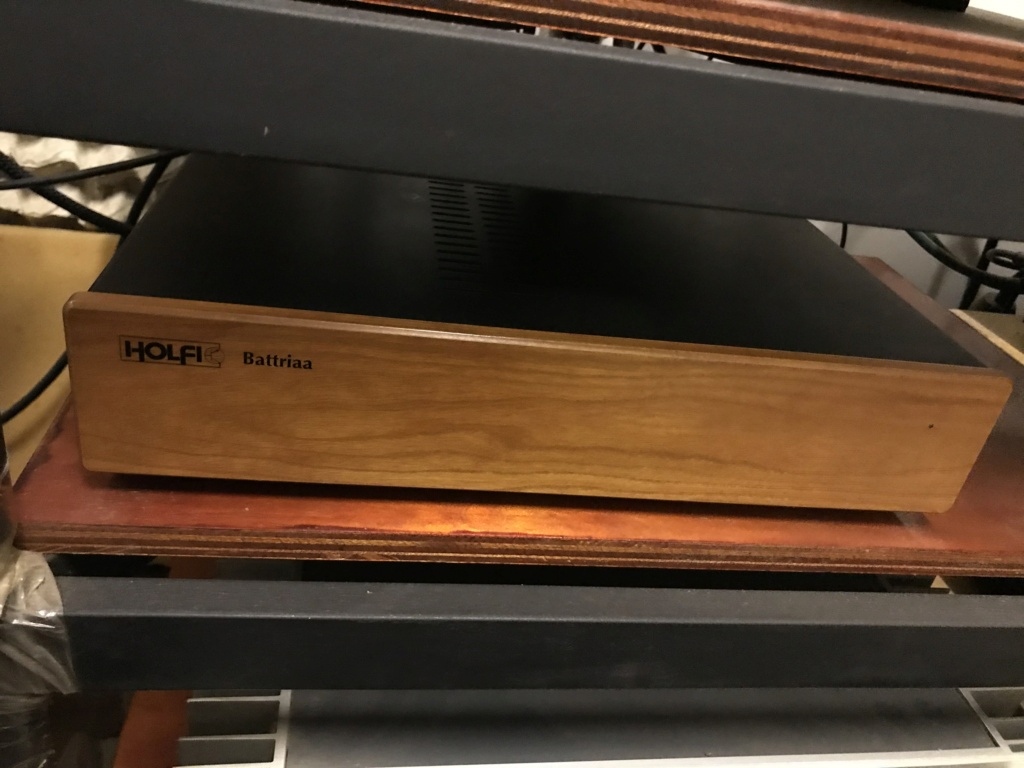 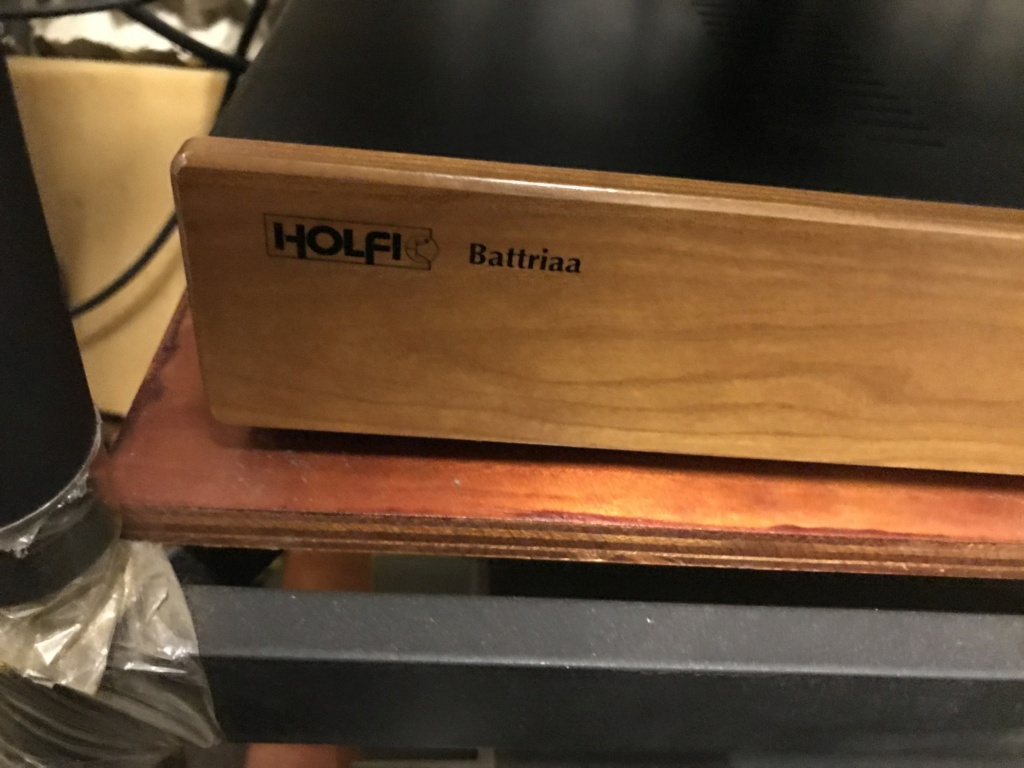 BATTERY driven RIAA.
As indicated by the name BATTRIAA is a RIAA amplifier with battery power
supply. BATTRIAA contains two 12 Volt/2.9 Ampere hours sealed and
maintenance free batteries. The use of battery operation secure the lowest
possible level of noise. In practise 20 dß lower than solutions based on
active regulation. Just noise is a parameter, which is extremely important
for an amplifier that has to maintain the low and extremely vulnerable
signal from a cartridge. That the battery power supply is not surpassed by
any conventional power supply can be seen by the fact that the quite small
batteries inside BATTRIAA can deliver more than 50 Ampere for several
seconds. The automatic charger makes sure the batteries are always on top,
which secures a battery life span of minimum 5 years. When the batteries
turn old, they gradually loose their good abilities. Consequently HOLFI
recommends a battery change every 5 - 8 years. A change of batteries will
cost less than one/tenth of the price of the BATTRIAA.

The RIAA amplifier from Pre NB1.
The components in BATTRIAA are identical to those used in HOLFI's State of
The Art preamplifier Pre NB1. These components have been chosen purely from
sound quality point of view. The circuitry design, the battery operation and
the WBT phono sockets are the same as used in Pre NB1. The MC stage
amplifies the current signal from the cartridge instead of (as normally
seen) the voltage signal. MC cartridges deliver a very low voltage signal,
but as a current producer they deliver as much as MM cartridges. Considering
the fact that bipolar transistors are current producing components, it seems
obvious to utilize the current amplification along with MC cartridges. This
will give the lowest possible distortion and noise. The amplification in the
MC stage can be varied in 4 steps, which means that BATTRIAA practically can
be used optimally with any cartridge. Like all HOLFI amplifiers BATTRIAA is
totally without global feedback to secure a homogenous and easy flowing
musical reproduction. The implemented RIAA correction is featuring chosen
and measured coal resistors as well as copper foil capacitors to ensure the
highest possible precision as well as the optimum sound quality.

State of The Art.
The sound quality from BATTRIAA must be experienced. Besides not being
behind any other RIAA amplifiers as to openness, richness in details and
dynamics, BATTRIAA sets new limits to authentic sound and quietness in the
sound stage.

Frequency range : 8 Hz - 1,3 MHz +0 / -3 dB
"The gain in the Battriaa is very much dependent on the individual cartridge
because of the current amplification. As such two cartridges with very
different output in mV can have opposite gain when handled by the Battriaa.

If you compare the clearaudio with 0.7 mV with an Ortofon Rohmann with only
0.25 mV outut, then the final output from the Ortofon cartridge is much much
higher as the internal impedance of the Ortofon is only 5 Ohms versus 50
Ohms for the Clearaudio.

As such output from the Ortofon is 10 dB higher than the Clearaudio!

When you play the Ortofon Rohmann, then you should set the gain in the
Battriaa at minus 10dB and the Clearaudio at max gain.

In general the Battriaa supports cartridges with low internal impedance the
best.

Low internal impedance equals low moving mass on the coil and as such you
can have higher sound quality with low impedance cartridges.

Audio Note Cartridges offers only 0.05 mV output, but also only 1 Ohm
internal impedance. As such output current is 50 uA, which again is 10 dB
higher than the Clearaudio cartridge!

By traditional amplification of voltage the Clearaudio is 23 dB higher
output than Audio Note.

Most cartridges likes to operate with current amplification no matter the
internal impedance. As such high output moving coil cartridges having i.e. 2
mV output and 150 Ohms internal impedance sounds better when they are
handled by the MC stage rather than the MM stage of the Battriaa.