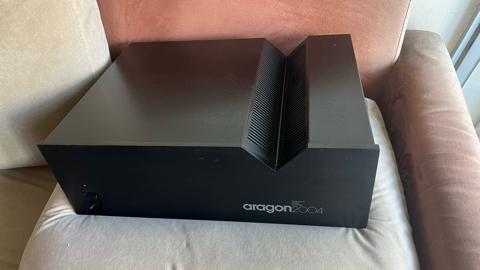 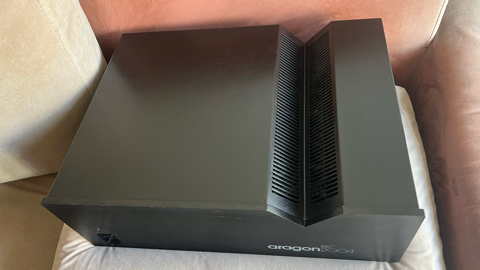 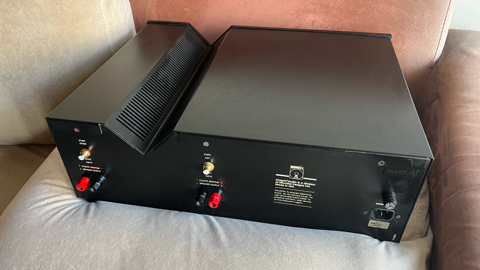 Aragon has produced a remarkable power amplifier...the 2004MKII. In addition to its sophisticated state of the art circuit topology, this amplifier fully embodies our philosophy of power supply design. The 100 watt per channel 2004MKII uses a single dual-wound, heavy duty toroidal transformer whose capabilities exceed those of the transformers found in conventional 200 watt amplifiers.

Power supply circuits and transformers influence sonic qualities by their ability to cope with the demands of the signal handling circuitry. The dual mono configuration of Aragon stereo power amplifiers yield consistent separation throughout the audio frequency range, affecting the ability to produce a stable image independent of any power requirements or AC line conditions. Unlike almost all other amplifiers, Aragon doubles its 8 ohm power when driving a 4 ohm load, and the continuous output power continues to increase into 2 and 1 ohm loads. Hence, the model number 2004 is based on continuous watts per channel into 4 ohms.

» Primare A20 mk2 Integrated Amplifier
by raymond88 Yesterday at 6:06 pm

» SONUS FABER ELIPSA - the signature design of Franco Serblin
by responwell Yesterday at 11:30 am