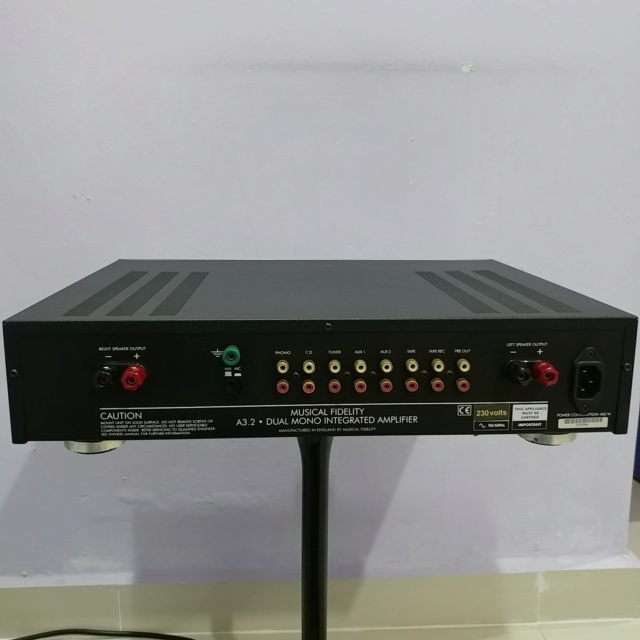 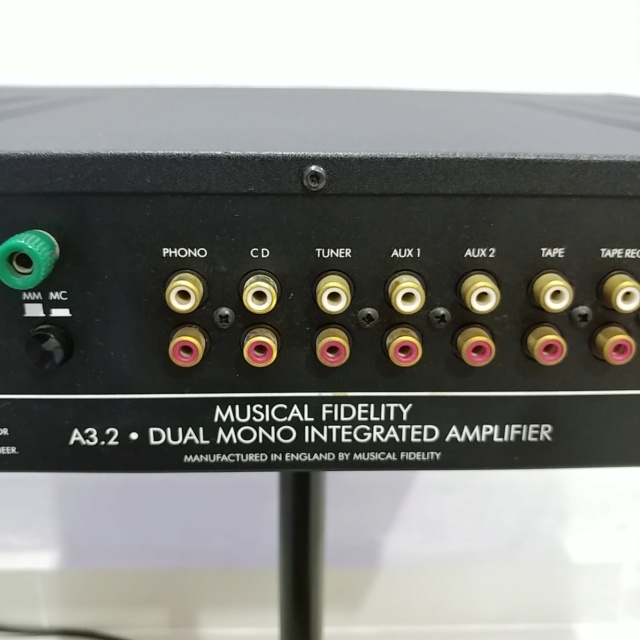 Musical Fidelity is an innovative company. They’ve built their reputation on solidly designed gear that delivers high-end sound at a reasonable price. A few years ago they introduced two integrated amplifiers, the A300 and the A3, which were somewhat similar in both layout and price. Both of these integrateds garnered rave reviews in the audio press, and the A300 received a Reviewers’ Choice nod here at SoundStage!.

In much the same manner as its predecessors, the $1495 USD A3.2 is a minimalist integrated amplifier that still manages to have enough inputs and features to satisfy the requirements of most systems. There are four inputs, plus a phono section and tape loop. The connectors are rather closely spaced, but of decent quality. They’re attached to the circuit board rather than the chassis, so care is needed when using tight-fitting interconnects. The binding posts are of the sturdy plastic-nut variety and are much less dramatic than the tough-guy NuVista monsters that adorned the A300. The power cord is detachable and generic. The A3.2 never got more than slightly warm, yet its two output devices per channel seemed more than up to producing the rated 115Wpc (185 watts into 4 ohms).

The built-in phono section accepts both moving-magnet and moving-coil cartridges, which you select between via a button on the back panel. The gain isn’t specified, but the manual says that the A3.2 will accept cartridges with outputs varying between 3.5mV and .35mV. There are no facilities for loading of cartridges; 47k ohms is used by default.

Internally the A3.2 is built very well. Each channel has its own bagel-sized toroidial transformer, and the circuit board has thick traces that are stuffed with parts of superior quality. In comparison to the A3, Musical Fidelity claims a reduction in power-supply noise for the A3.2, which is said to result in better soundstage width and depth as well as better image focus.

» Musical Fidelity A308 integrated amplifier
by krcool Today at 10:45 am

» Optoma HD87 Projector (Used)
by choyaudiovisual Today at 10:09 am