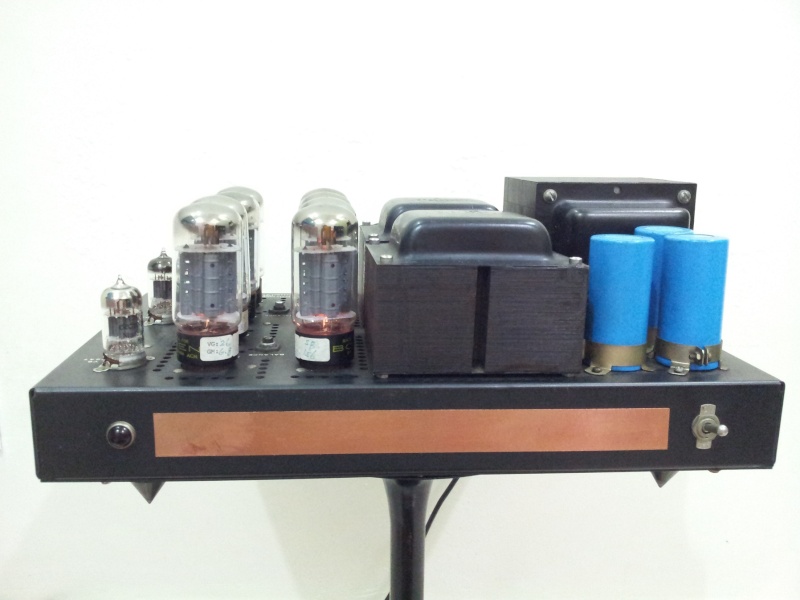 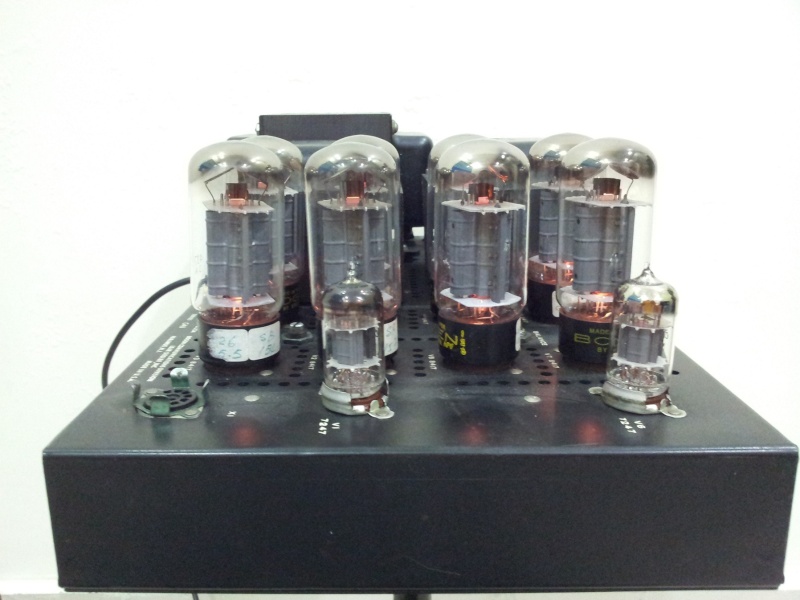 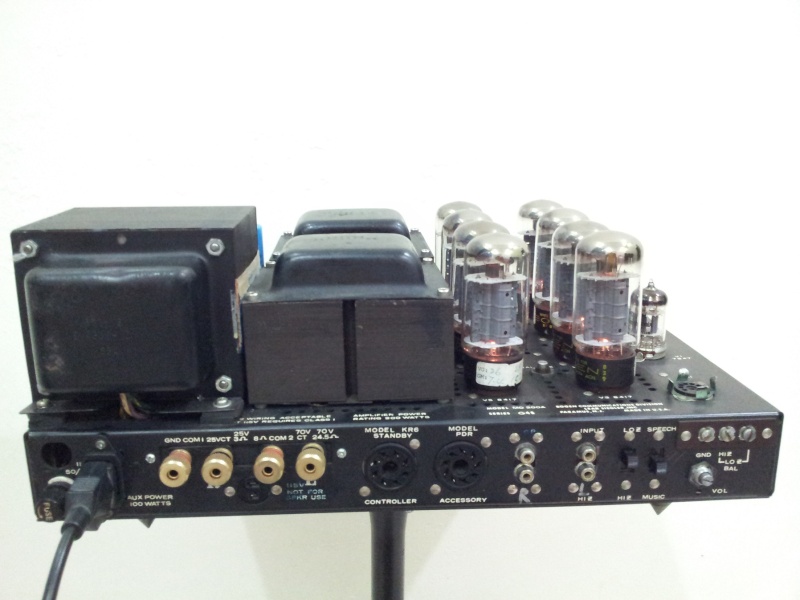 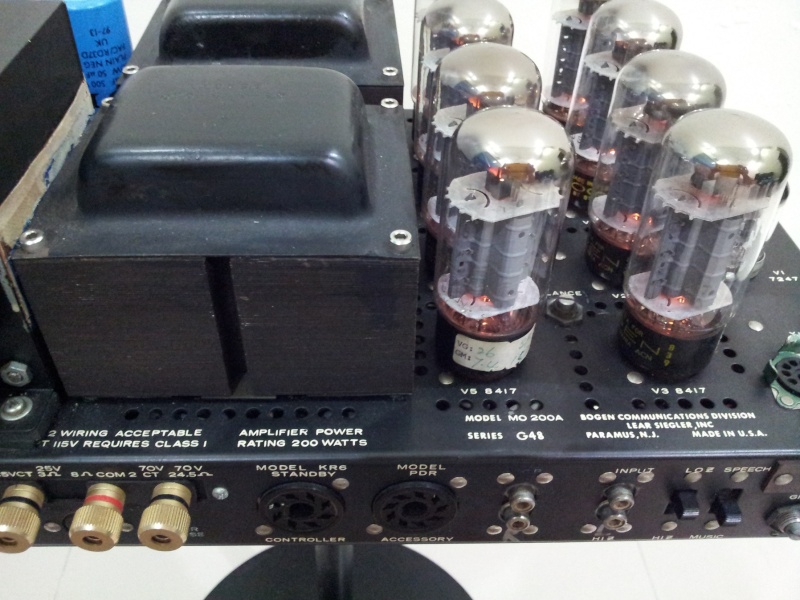 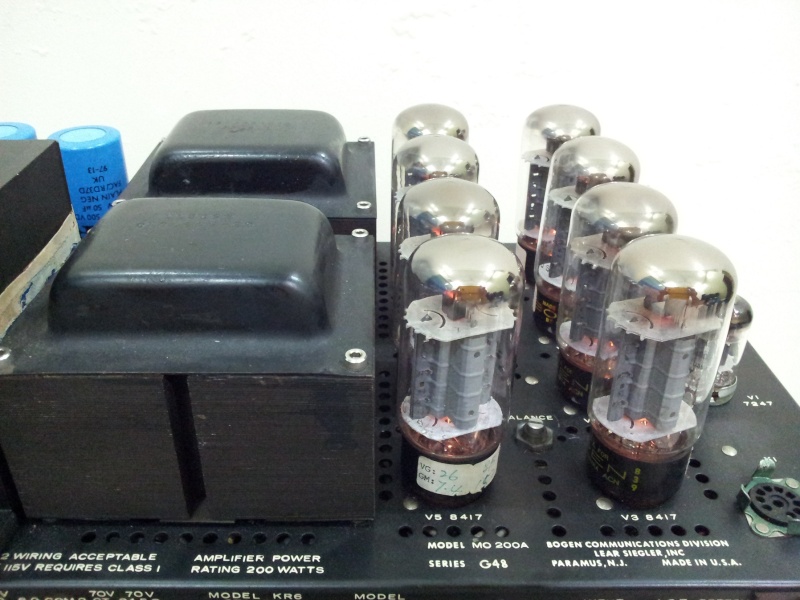 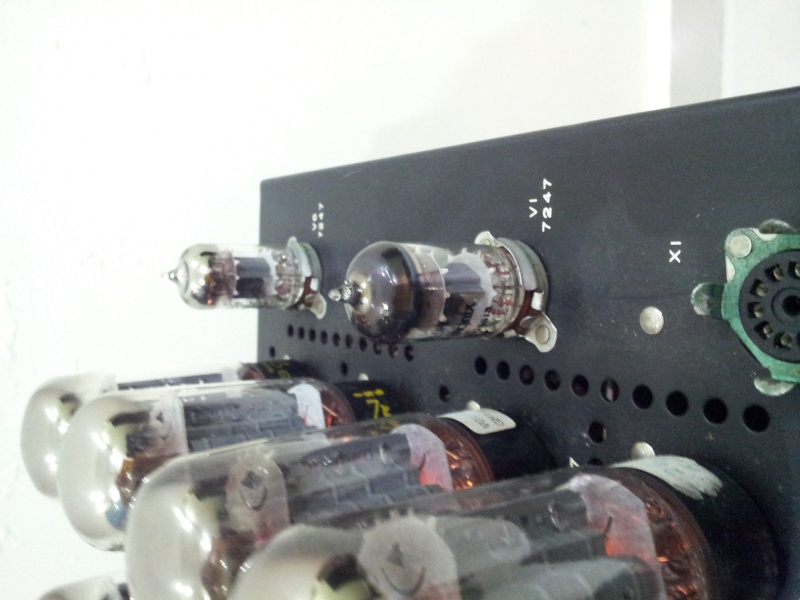 Great sound. Clean and clear from deep bass up to extreme treble

Chassis is very clean with only slight wear - an occasional scratch, no dents, no rust. There are a couple of very small paper labels still on the chassis.
Amplifier is sold in working condition and sounds very strong. You will be amazed how good this amp sounds.

The amplifier consists of two almost separate amplifiers, each with its own output transformer and push-pull-parallel set of 8417 tubes, and a 7247 driver. The inputs to the 7247 grids and the secondaries of the output transfomers are connected in parallel. Needless to say, an octet of matched 8417's, and a pair of matched 7247's would be essential for maximum performance.

If the input sections and output wiring are separated, the unit can be modified to be used as a dual channel power amplifier. Each channel of course has its own output transformer and push-pull-parallel set of 8417 tubes, and a 7247 driver. In such a case, each channel will have about 100 watts output. Both share the power supply.

Hi! Sir, may I know what is the best prices? Thanks!