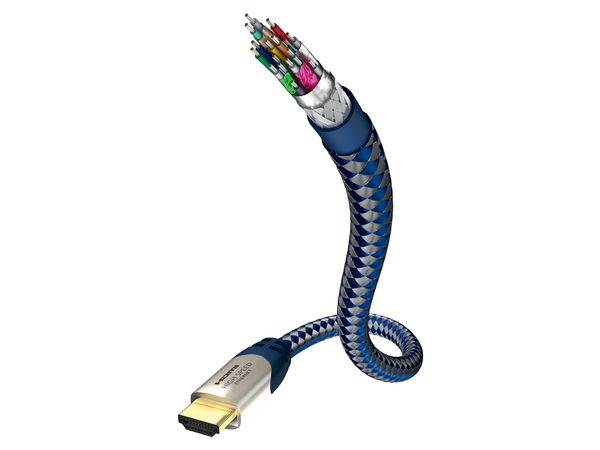 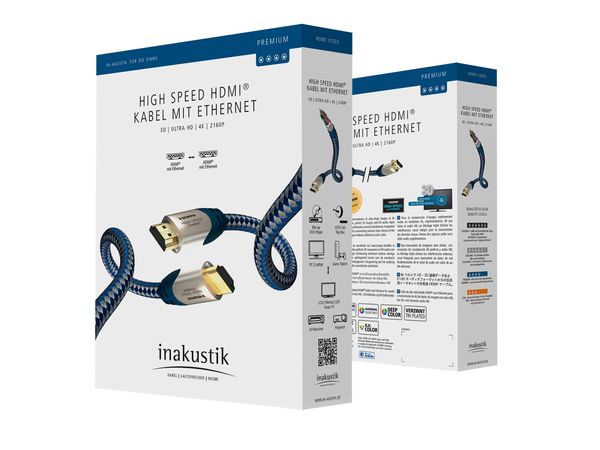 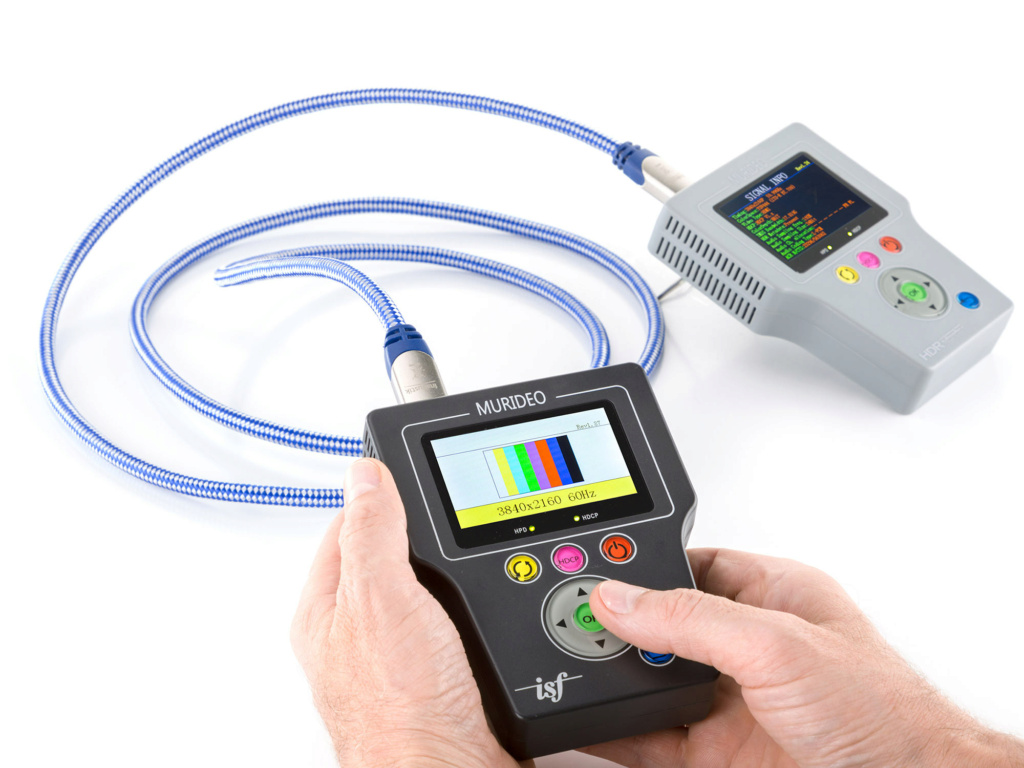 The best cable is the one that least affects the reproduction quality of the Hi-Fi or video chain and transmits the original signal with the minimum loss. And we have been fighting for this for over four decades. With products we have developed ourselves and our own cable manufacturing unit in which most cables from our Reference and Excellence quality levels are manufactured. Perfect performance instead of unnecessary losses. Physics instead of voodoo – that is our credo.
This High Speed HDMI cable with Ethernet (from 8,0m length Standard HDMI cable with Ethernet) from the in-akustik Premium-series supports all HD audioformats and a resolution of up to 2160p 4k ( from 8,0m 1080p Full HD). The solid data lines are triple-shielded. 24c gold-plated contacts ensure an optimum digital transmission. It is suitable for connecting digital AV components, such as DVD, HD-DVD and Blu-ray players or game consoles with a plasma, LCD, LED-TV or projector.

THE NEWEST HDMI 2.0B VERSION – WHAT ARE THE DIFFERENCES?

The HDMI organisation has released a new HDMI 2.0b standard. The main difference is that the new standard supports the HDR (High Dynamic Range) format. HDR improves the contrast ratio because the source sends additional information (metadata) to the television – information that regulates the television’s backlight. The source and TV must of course also support HDR. It also supports dynamic synchronization between video and audio streams. This new standard does not require a new cable type! That means that high-speed HDMI cables with Ethernet are still suitable. There are also no resulting changes to the categories of these cables.

» NHT Classic 2 bookshelf
by chinprada Today at 9:02 am

» Analysis Plus Digital Cable
by chinprada Today at 9:02 am

» Emille Labs KM-300SE Integrated Amp
by chinprada Today at 9:01 am