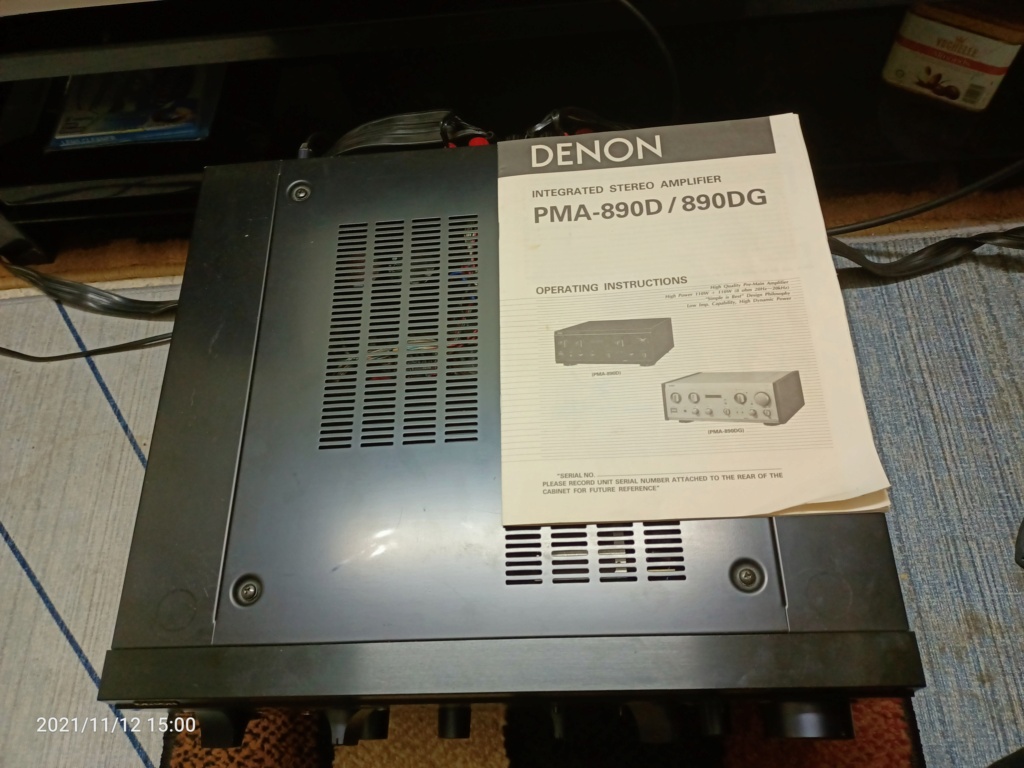 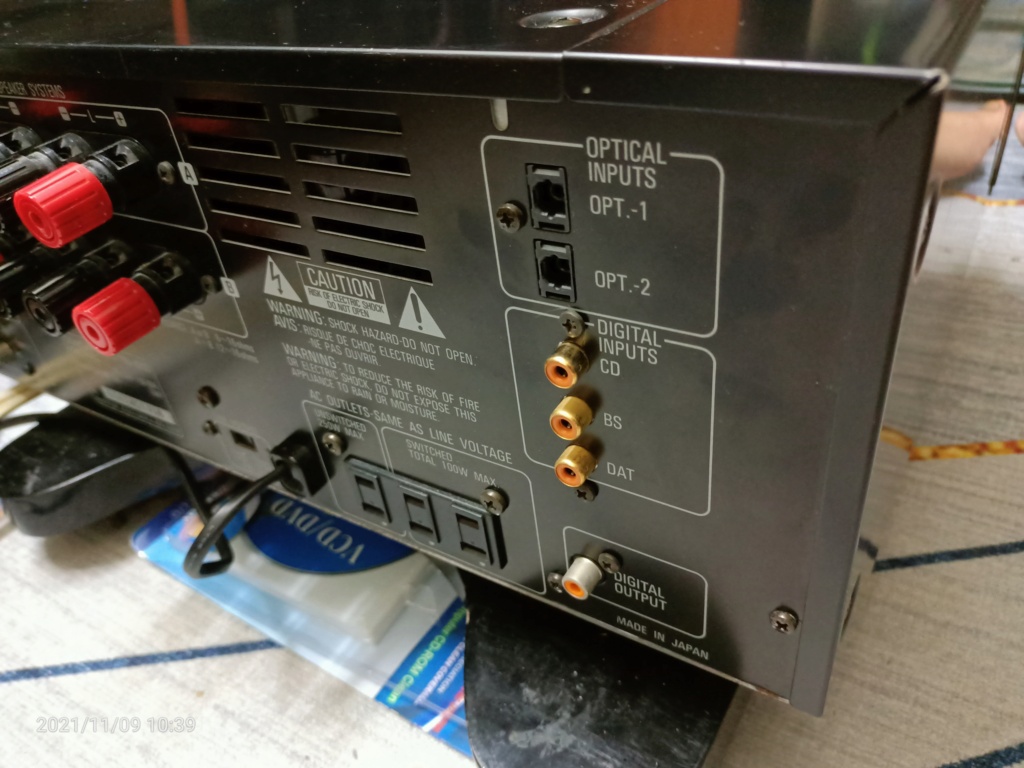 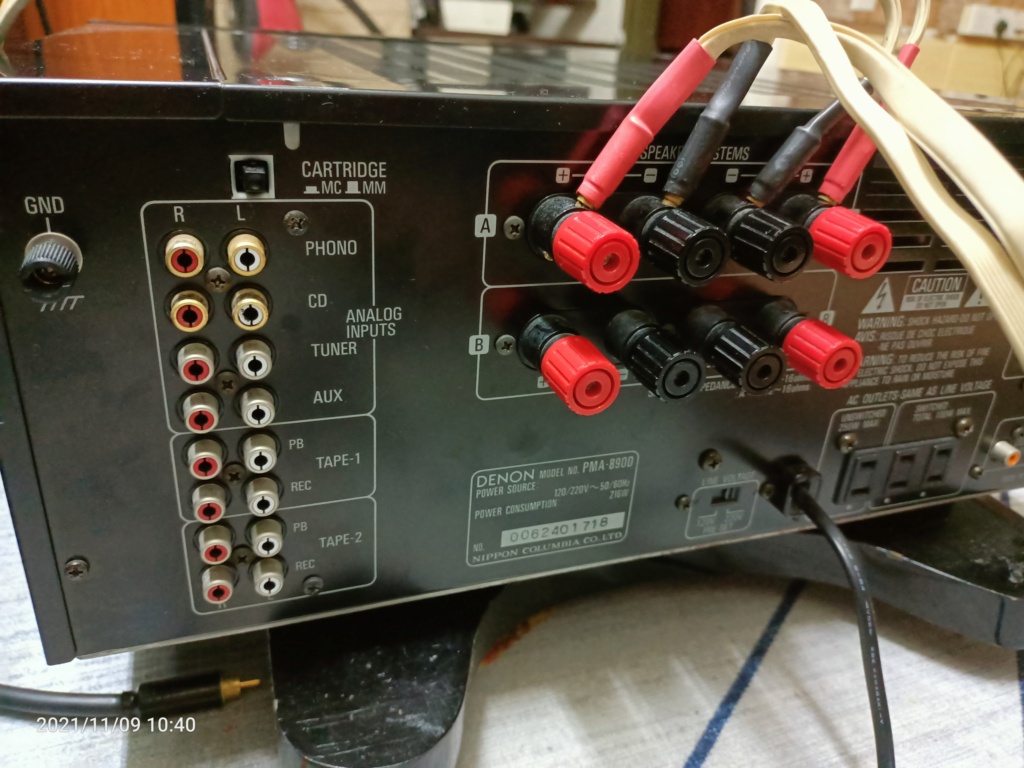 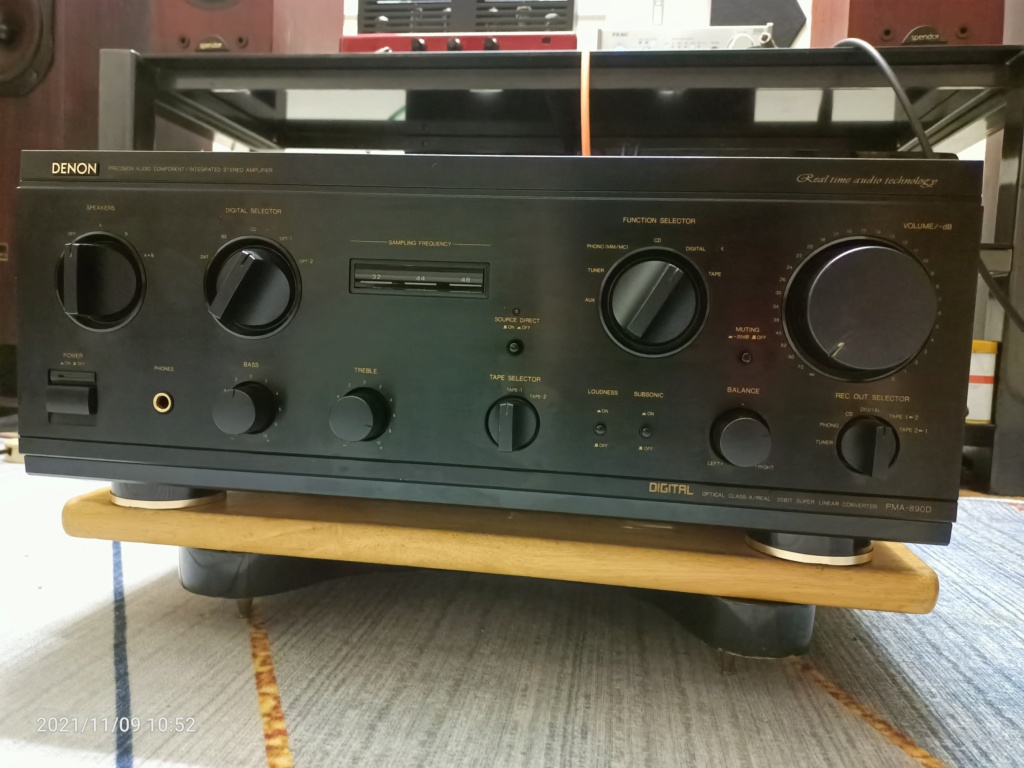 The real 20-bit super linear converter of right-and-left channel independence is carried in the D/A converter.
Outstanding D/A conversion is performed in response to the 20-bit 8 time oversampling signal made from a digital filter.
Moreover, the difference among sampling frequencies, such as CD, DAT, and satellite broadcasting, is identified automatically in a digital multi-interface circuit. Furthermore, the internal clock required for a recovery was made 2powerful PLL composition, and the influence of Gitta (time fluctuation of a digital signal) is lost.

The P.B.S (Penta Block Separated) chassis structure where the inside of amplifier was divided into 5 blocks for every basic circuit is adopted,The magnetic flux of a power-source block and the digital noise of a digital block and a display block have prevented jumping in to other circuits.
Furthermore, interference with a very small signal part and the Taishin number part is solved, and an unnecessary fine vibration is simultaneously suppressed by the large improvement in chassis rigidity.

The optical ClassA circuit is newly carried in the power amplifier part.
This circuit is a Class-A circuit which uses an optical element for transmission of the control signal sent to a bias circuit from a bias control circuit, and has eliminated the mutual intervention between the main signal system and a bias controlling circuit.
Moreover, a voltage magnification stage important for the drive of an electric power magnification stage adopts three steps of differential amplification, the first rank adopts ultra-low-noise FET, low-noise-izing and direct-current amplifier-ization are attained, and the final stage of power amplifier is using the high speed and the mass transistor of Pc80W by the parallel push pull.

The Source-Direct switch which can link all the input sauce with power amplifier directly, broadband real-time tone control and the speaker terminal change of a protection relay system, and the reset type high-speed protection circuit are carried.